In this article I am going to tell about the Network Time Protocol so, Let’s understand why do we want to set time on Devices? This is because of co-related the events across the Network.

There was one event happened in one network and you are checking the time of event happened in your firewall and same event you are investing in your Router. If both devices were sharing the same clock this would be difficult to troubleshoot and identify the events. This is the main reason all devices are supposed to be in sync and sharing same clock.

Apart from event correlate the important function of a clock is software of networking devices time-based functionality. There are some functions in devices that are time-based for example – Time based ACL, Logging.

There are two types of clock is possible in devices:

The software clock is the primary source of time and overwritten by the hardware clock.

The software clock can be updated from Manual configuration (using hardware clock, NTP and SNTP).

NTP is the protocol for synchronizing clocks. NTP is not just for Networking devices computers using as well.

NTP RFC was written in 1985 and still in use. It used the UDP protocol under port number 123.

NTP gets time from an authorized source which is a radio clock or Atomic clock.

It attached to a time server. It uses a hierarchy of atomic clock.

There are 4 versions of NTPs

The latest version is NTPv4.

NTP provides coordinated universal time which is UTC. So by default devices in UTC so if you want to change the clock in your local time zone.

There is a concept of Stratum. Which is a source of the atomic clock which mentioned earlier?

This a called a Stratum 0 means source of Atomic clock.

CISCO devices use the lowest Stratum number for accuracy.

This is the device that is directly providing the clock. Such devices are the atomic clock. It could be a GPS clock or Radio clock as well. These devices are traditionally not connected to the network. 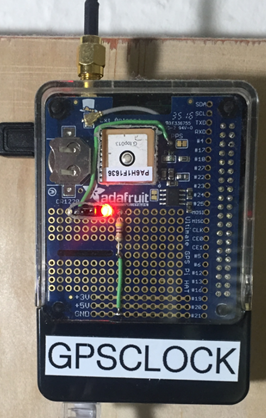 The above picture is an example of a GPS/Raspberry Pi Based stratum 0 Timeserver.

These are the computers that are directly connected to the Stratum 0 clock.

CISCO Devices does not support Stratum 1 which means we can’t connect directly CISCO device to Stratum 0 or radio clock.

These computers or servers also referred to as a time server.

This is the computers which send NTP request to Stratum 1 server.

There are 5 operational modes of NTPv3. 3 active and 2 passive modes.

This is the most used mode in devices.

In this mode, devices will act as a client and it polls time from directed NTP server and synchronize.

It could be configured with the NTP server command in global configuration mode to specify the time server and set it up as client mode.

It’s a peering of NTP servers. In this mode devices not directly poll time from Stratum 0.

In this setup, we can create a peer of routers that will acts as an NTP server and time could be synchronized from those.

It could be configured as an NTP peer command in global configuration mode.

This setup is depending on your requirements and the size of the network.

For example, if you have a router that is requesting NTP from Global NTP server and other devices are configured as a client and taking time from the router. In this scenario, if the large network is there certainly there would be leg and because of it a poll system from Router.

Instead of that, it can be set up as a broadcast to all client devices in the network.

Broadcast based NTP traffic is less accurate because it is one-way traffic.