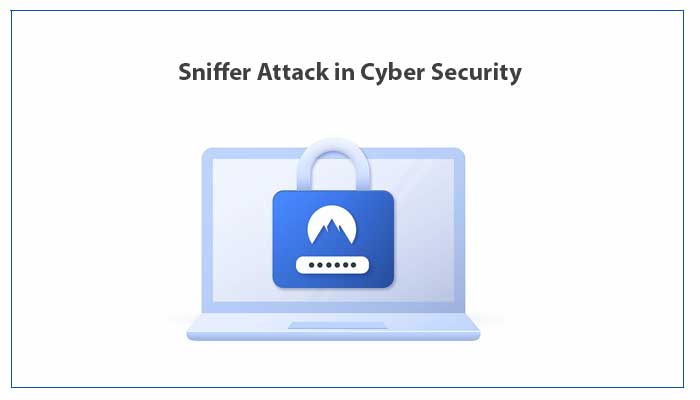 Sniffer Attack in Cyber Security: A sniffer software is one of the non Malicious Software that is put to malicious use. Not only software, but it also comes in the form of a hardware device. Inherently, it is used for real-time monitoring and analyzing of the data traffic flow in a network.

It is able to keep a track of all the data and network packets that flows as the traffic which makes it a convenient option for the hackers to use in their cyber sniffer attack.

What makes it dangerous is the fact that these data packets contain passwords and usernames which can be used for online shopping on an end user’s expenses. Although it is used mostly in the form of software, sniffer attacks can also come from a hardware sniffer device. These hardware sniffers are usually placed near an open Wi-Fi network to sniff on the devices connected to it.

The sniffer attack has similarities with wiretapping used on the telephonic communications and is sometimes referred to as the same kind with only a change of the medium. But wiretapping is wiretapping and sniffer attack comes in different forms because of the availability of different kinds of packet sniffers. Some of these sniffers are mentioned below:

Sensitive information like usernames and passwords are extracted using Web Password Sniffer from the webpages that do not use Secure Socket Layer.

A local area network (LAN) is as likely to be targeted as much as an open Wi-Fi network. LAN Sniffer software is installed on the LAN network to gather information about open ports, live hosts, etc. Which helps hackers decide how and where they should attack.