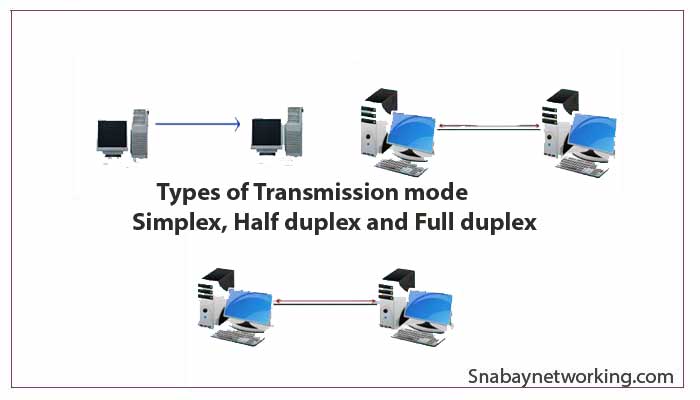 These three are the channels of signal transmission mode between two connected devices.

Some of the examples of Simplex are Radio, where a Radio Jockey can convey his thoughts to a very large audience and the audience can only listen not reply, Television, where 2D and even 3D images are transmitted through the channel. While these two are for entertainment purposes, simplex is also used between computer and printer and keyboard to the computer monitor.

The full capacity of the channel is used in this process as well while data transfers from one direction to another. The easiest example to understand half duplex is to take the example of a walkie-talkie where a push-button is used to transfer the data. When pressed, the push button turns on the transmitter and the receiver is turned off. While the opposite happens when the button is released and the receiver on the other end is free to transmit the data which will be received by the previous sender.

The most known example of the full-duplex is a telephone where two-person can transmit data at the same time and talk as if they are sitting together. The data is transferred from both sides simultaneously and that’s the end of the purpose, nonetheless, how much these two understand each other while both speaking at the same time totally depends on their personal capabilities.

Difference Between Half Duplex and Full Duplex Switching

[…] Types of Transmission mode – Simplex, Half duplex and Full duplex […]