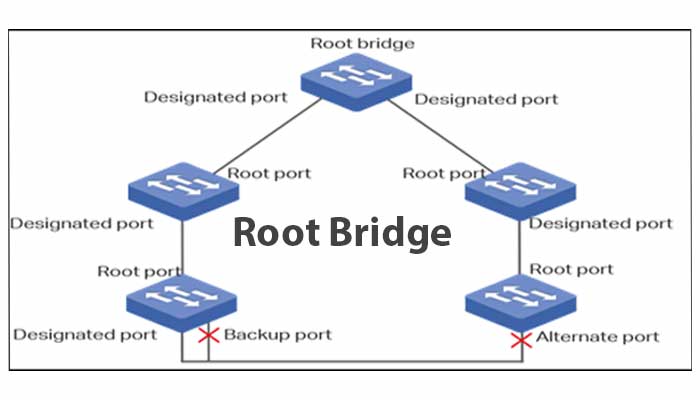 A port from non-root Bridge/switch which has lowest and its only one port towards Root Bridge.

1-STP calculates the root path cost of all ports from all switches going towards selected Root Bridge.

2-If all ports cost becomes the same equal-cost then STP compares Bridge id (BID) of switches in the topology. 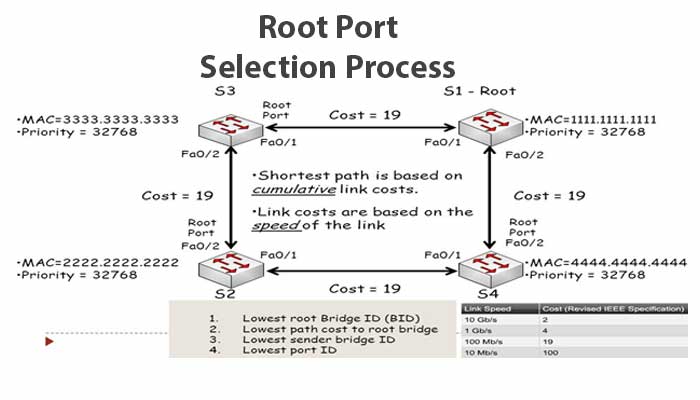 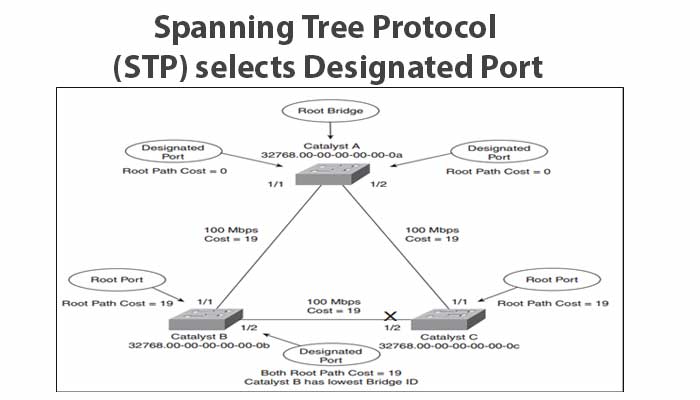 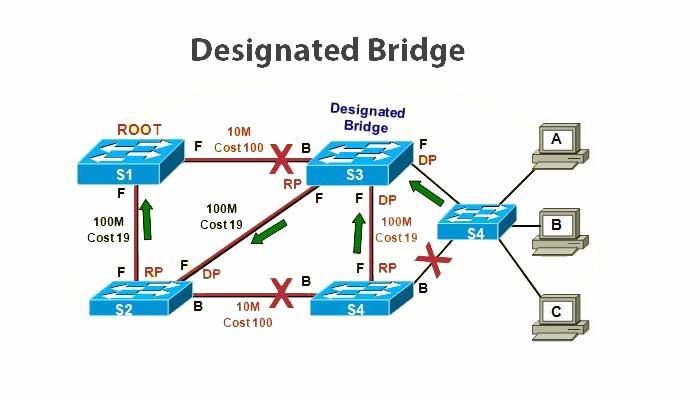 How BPDU is generated and works

Bridge Protocol Data Units (BPDUs) to build the topology database. BPDUs have forwarded out all ports every two seconds to a dedicated MAC multicast address of 0180.c200.0000. All switches selection depends on the exchange of BPDUs, including Root Bridge, root port, designated port. BPDU packets contain information on ports, addresses, priorities, and costs and ensure that the data ends up where it was intended to go.

Hello: the interval between Configuration BPDUs, it takes 2 seconds

Max age: Maximum Length of time. A BPDU can be store without receiving an update. It takes 20 seconds.

Previous article Auto Summarization in RIP, Setup, Advantages | Step by step Configuration
Next article What is a Network Switch | Types | Working and Specifications