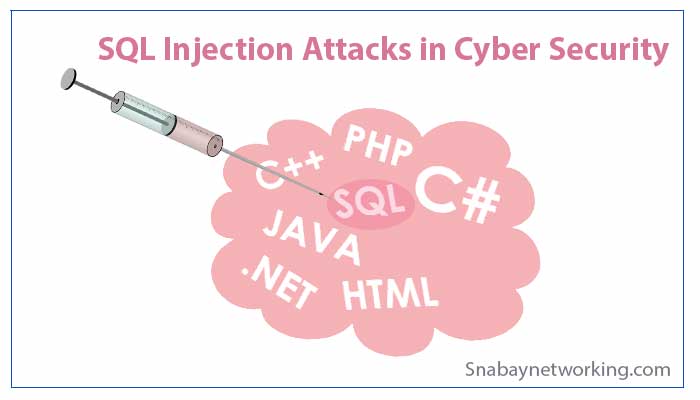 This is called ‘SQL injection attack’ (or the abbreviated form; SQLi), which is an attack vector and contains various types which are all designed to attack the web application database. To know more about SQL Injection Attacks in Cyber Security keep reading this article till the end you will get to know more about this.

Only after observing the computer system’s behavior hacker decide which of these types listed below they should use in the attack.

Inferential SQLi or Blind SQLi is designed to wait for even more after it is chosen for the attack. Once effective, it stops the application from sending SQL queries and the error reports of its’ responses. Even the attackers are not able to see if the attack is working or have failed, they have to rely on observing the behavior of the database server which, shows some changes, maybe ready to use. The above facts are responsible for the name it is given.

It consists of a Boolean Based SQLi technique and Time Based  Blind SQLi technique. In the former technique, queries are sent to the server and depending on the results, the rest of the operation is carried out. This is a slow technique in comparison with Time Based SQLi which sends a complex query to the server which forces it to wait and the wait determines what is the answer to of it.

With two techniques called the Error Based SQLi and the Union Based SQLi, the In-band SQL injection attack is more convenient for the hackers because they are able to carry out this only if they find a common communication channel for both launching the attack and gathering the result.

Error Based SQLi technique is capable enough to function the whole attack but it may require an error message from the server to figure out the structure of the database sometimes. Therefore these errors are to be get rid of after the application surpasses the development phase. While on the other hand, Union Based SQLi technique can combine two queries’ results and send them back as the HyperText Transfer Protocol (HTTP) response.

If the hackers are unable to use the same channel for attack launch and result gathering, they’ll have to rely on the Out-of-Band SQL injection technique.