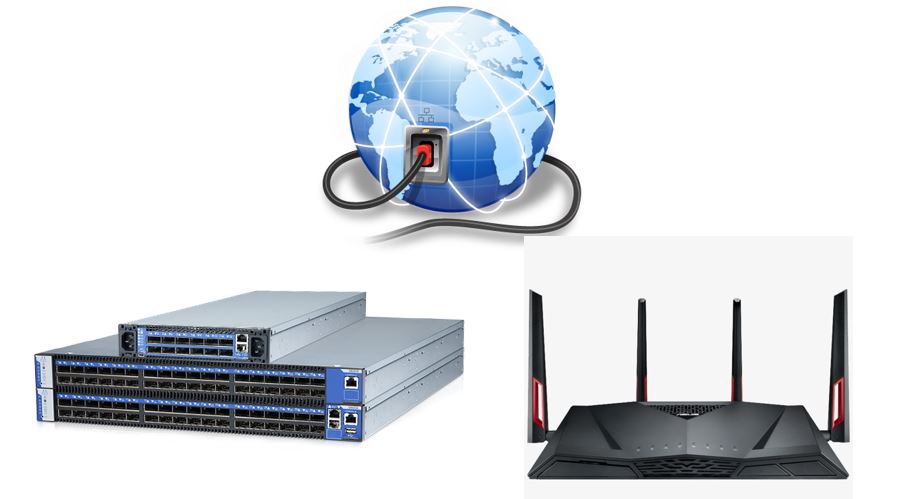 What is Router in Networking

A router is a networking device that forwards data and the packets between computer networks. The router gives traffic direction functions on the internet. To know more about the “What is Router in Networking” keep reading this article till the end.

It is a (Network Layer) Device and it is particularly identified as layer three device of the OSI Model. They analyze and process logical addressing information in the network header of each packet such as IP (Internet Protocol) Addresses. A router allows connecting larger networks by complex traffic routing. It has the ability to connects different Local Area Networks on the same protocol. It has also the ability to control the flow of broadcasts in the network.

How Does Router Works

Router transfers the data packets in the whole network by analyzing and determining the paths of the networks. When a router receives the data, it determines the destination address by reading the header of the packet. when the address is determined then it searches in the routing table to get to know how it can reach the destination and then sends the packets to the higher hop on the route. Hop is can be another router or the final destination.

The Best route is selected based on the AD (Administrative Distance) Value and the various cost metrics like Congestion, Bandwidth, and speed of the cable, etc.

A default route is a type of route when an IP packet does not find any routes in the routing table to reach its destination address then the default routes are used.

The device to which the default route points are often called the default gateway, and it often carries out other functions such as packet filtering, firewalling, or proxy server operations.

It needs to update the routing table on each router manually in the case of any changes in the network. If not updated the router forwards the packets according to the previously configured routing table.

Static routes are normally configured in those situations when you have only a few devices for route configuration and there is no need for a route change in the future.

Static routing is easy to configure on a small network.

The main disadvantages of static routing are difficult to configure and manage the large network by using static routes for the network. In the case of any topology changes, the administrator has to manually update all the routers.

The dynamic route is the method where algorithm and the protocols are used to automatically propagate routing information and it is also called adaptive routing. In this process of routing the router forwards the data or the packets via a different route of given destination based on condition given in the routing table.