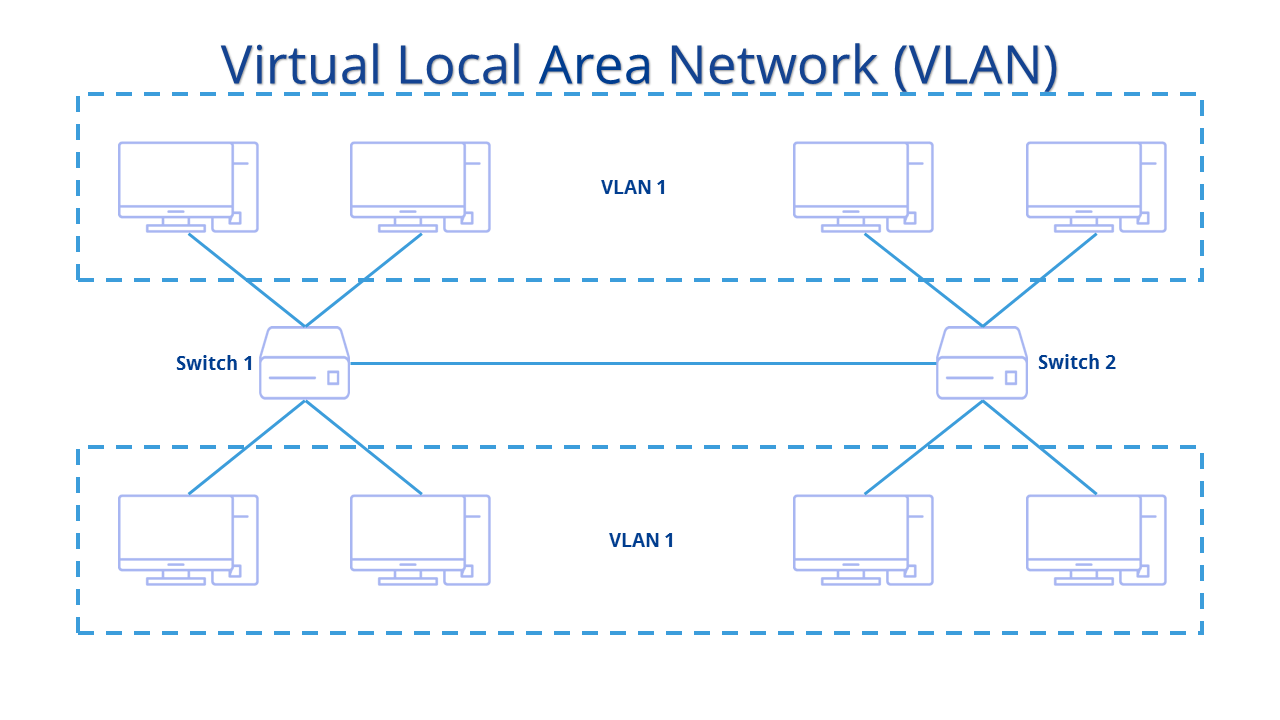 VLAN is Virtual Local Area Network that relates to broadcasting and isolated with computer networks, which they basically work with network systems when applying tags to frames. Adding one more point that the VLAN works virtually on a physically single network but shows as splits between the networks. As it is a group of end stations with all requirements, not a part of physical location. Basically VLANS are associated with internet protocol subnetworks. Suppose we can have a look at the example that if all end stations belong to the same VLAN then they must be routed with manually assigned on a port-by-port basis.

We have VLAN ranges that are organized into various ranges which we will use it differently for various purpose. Few VLANs were propagated to other switches in the network when using the trunking protocol which is VLAN trunking protocol, for the Extended- VLANs are not propagated. So, we usually manually create the Extended VLANs on the network. While having a discussion on this we have a few points on the VLAN that for applying on VLAN while implementing.