There are mainly following categories of Autonomous Systems(AS), those types are categorized based on their operating policy and the connectivity.

Private connection in the transportation sector. 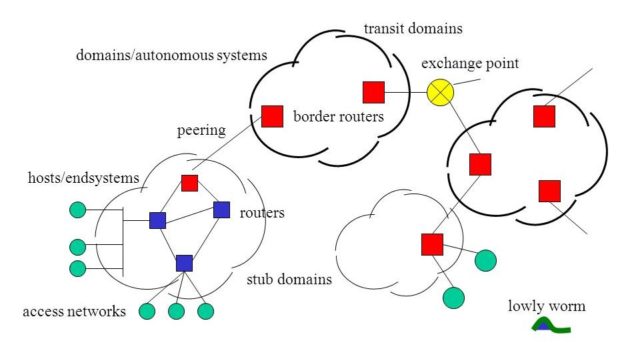 To identify an autonomous system we can use the advantage of a thing called, Autonomous System Number(ASN), which is globally available. Another use of this ASN is that it helps to transmit the exterior routing information with other autonomous systems that occur nearly.

There is a limit in the autonomous system number. The network should be multi-homed and it should have a unique routing policy to assign the autonomous stem number and this process happens only through the request to the local internet registry.

If there need an autonomous system number, a number is automatically assigned which is the next highest unused number. These assigning are responsible for the ARIN(American Registry for Internet) and it is also responsible for managing IP address allocations, assigning and tracking ASNs. The ASN allocation is based on 16-bit ASNs, currently. Also, 32-bit ASN is used.
Types of Autonomous System Number(ASN):
2 Types:-