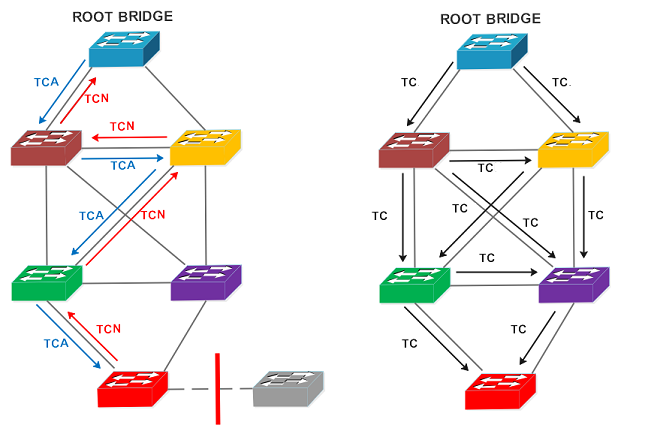 The reason behind the expansion is to speed up the process and configurations remain the same. STP (802.1D) which is having five different port states called disabled, listening, learning, blocking, forwarding where disabled, blocking and listening merged into one and formed as discarding state in RSTP (802.1w). RSTP is having three different port states which are learning, forwarding, discarding.

In Spanning tree protocol BPDU flag field has only two bits in use:

In Rapid spanning tree protocol, BPDU flag field all bits will be in usage, the roles involved in fields get added by the port role which has various options alternate port, backup port, root port, designated port and unknown.

It has 2 link types: