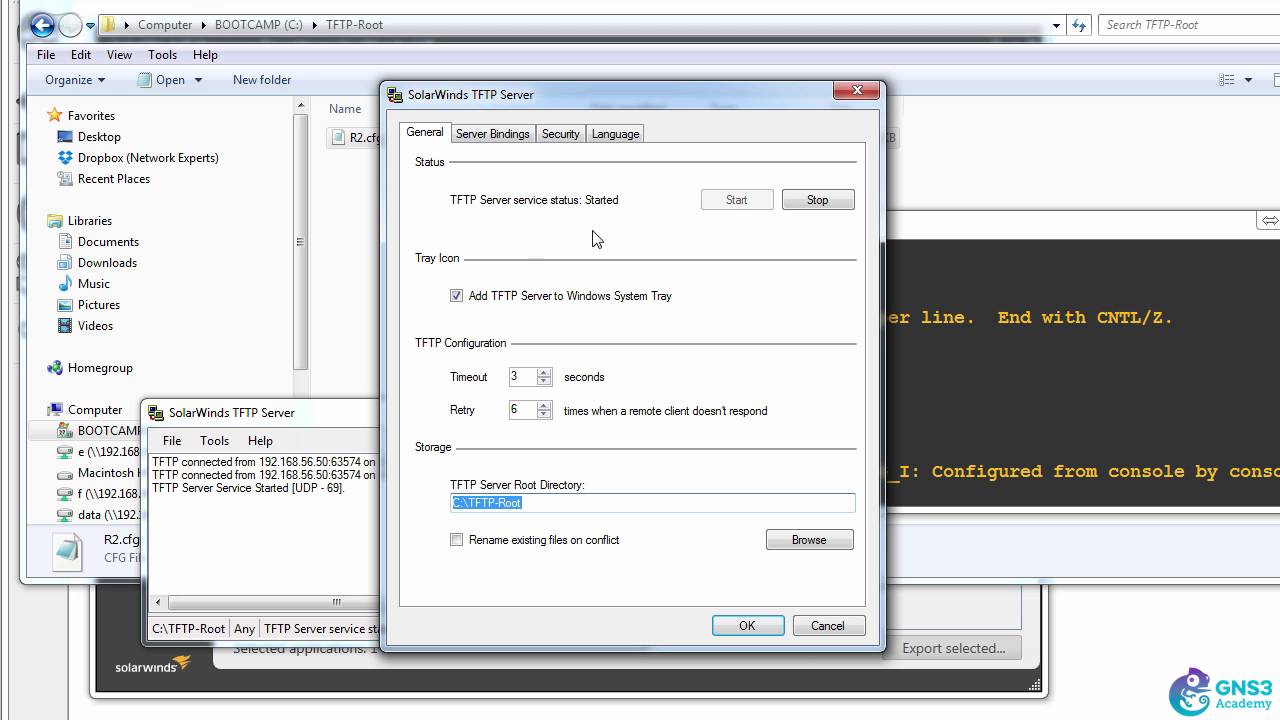 This utility allows the network-administrators to upgrade the IOS images, not only that it can also be used to keep the back-up of the configuration files. So in the case route crashed the IOS can be restored from the server, the TFTP SolarWinds run on the UDP port 69.

The solar-winds TFTP server is multi-threaded that allows the user to concurrently upload and downloads the files even from the different networks. It can also be used to run as a service to provide 24/7 TFTP server availability to your network.

There are a variety of freely TFTP servers available the main benefit of using solar-winds TFTP is that it is really easy to set up and some sort of security can be applied like allow certain IP addresses to access the server.

The solar-winds TFTP can be used to back-up the configuration files for appliances like routers, switches, IP Phones, and other devices. Once the sola-winds TFTP has been installed following steps should be followed to back-up Cisco IOS for router and switches.

After the IOS image has been copied to flash, you must have to restart the router for it to take effect, and it has two options either to turn it off and then turn it on (hard reboot) or run the (reload) command in privileged mode.