Close
Ask a Question
Home/ QNA/What is an Example of Network Communication that Uses the Client-server Model?

Let me tell you one thing that the Example for the distributed computing model is the client-server model.

Normally, the architectural model deals with the organization of components across the network of the computers and the interrelationship between them.

Let us discuss one of the types of models called the client-server model.

The below diagram represents the client-server model. Each device consists of a kernel that at both sender and receiver side. When a client requests data from the server, the server responses to the client. Each server may also contain multiple clients. 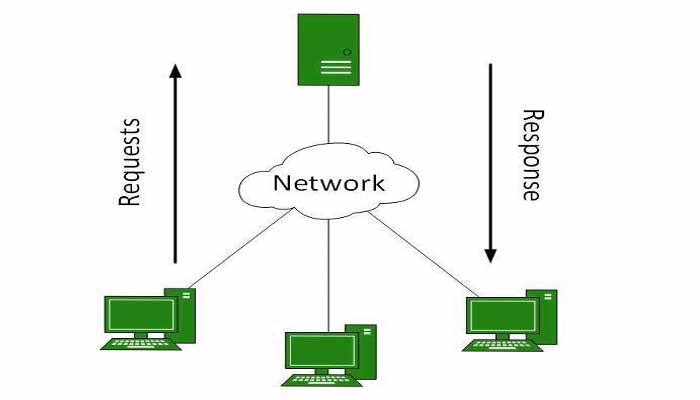 whenever the client requests the data, the server has to provide service, at the time of the processing, the client has to wait until the server replies to the client.

In the below figure, different clients are asking for requests to the server. the requesting device we call it the slave. And the device, who produce the service, we call them as the Master. Several clients can request data to a single server.

Example of Network Communication that Uses the client-server Model

The best example of network communication that uses the client-server model is accessing the Bank. When a customer wants to access his bank details, he or she requests the data to the bank server. The bank server checks the login credentials and provides service to the bank customer.

I hope you read and understood the article which I have written on the example of network communication that uses the client-server model.

Previous article What Type of Processor Memory is Located on the Processor Chip (processor die)
Next article What TCPdump Command Can be Used to Filter Out All Traffic Except SSH Traffic?