Routers and Switches are the Networking devices that are used to create a wide variety of Networks. While the Router is mainly used for Connecting and Creating subnets, Switch connects a large number of Computers/ Servers within a Local Area Network. To know more about How to Connect the Router/Switch using Console Port, keep reading this article till the end.

To harness the functionalities they provide, these Networking Devices (Routers and Switches) needs to be configured according to the requirements and situations.

To configure the device, you need to connect to it first. There are various methods of Connecting to the Routers/Switches such as using Telnet, SSH, HTTP, Auxiliary Port, Console Port or VPN. In the situations of first-time device use, and some other operational conditions you may fail to have Network Connectivity to the Routers/ Switches, in Such Cases Auxiliary port and Console Ports are always the methods you would use to Connect to the Routers/ Switching for Configuring them as per your requirements.

Here We would discuss in detail how you connect to the Routers/ Switches using its Console Port.

Have a look at the below figure of the Cisco 2960 Catalyst Switch and identify the Console Port on it as marked in the figure. 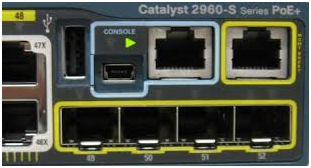 Identify the COM Port (DB9 RS232,) on your Computer as marked inside the red rectangle in the below figure. 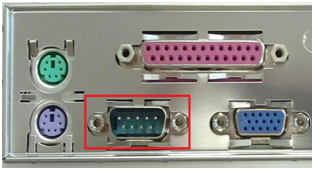 The Console Cable which you would be used for connecting your computer to the Router/ Switch would look something like the below figure. It has RJ45 Connector at one end and at another end, it has 9 PIN RS232 Female Adapter. 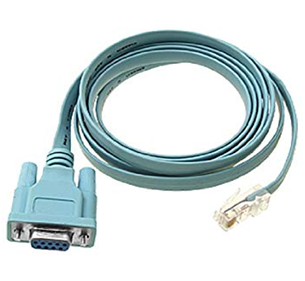 Step 4: Connect Your Computer to The Router using Serial Cable

Now Connect RJ45 Port of the Serial Cable to the Console port of the Router/ Switch, and Other 9 PIN adapter to the Serial Port of the Computer, to complete the Physical Connectivity Part.

Note: If you don’t have the serial port on your computer, kindly refer to our article.

Once you have completed the Physical Connectivity as per the instructions, you are good to go connecting to your Router/ Switch.

You may use your favorite tool for connecting to Router/ Switch. If you are in Windows you may use, hyper-terminal If you are in Linux you can use Minicom, screen or any other tool.

if you did not get anything, remove Console Cable from Computer and again reinsert it, and observe the output of the above command again.

Now assuming the path you get is dev/ttyACM0 and you have already installed a screening tool, you can issue below command to connect to the Router/ Switch.

If you do not have a screen installed you can easily install it using the default package manager of most of the Linux Distributions.

(used to get info of attached devices)

We would be using Putty Software in Windows as Hyperterminal is no more available in the latest versions of Windows. Putty is a freely available Software from “https://www.putty.org/”.

In order to Connect, here also we need to identify the correct Port. In Windows Operating Systems we could locate this using Device Manager. 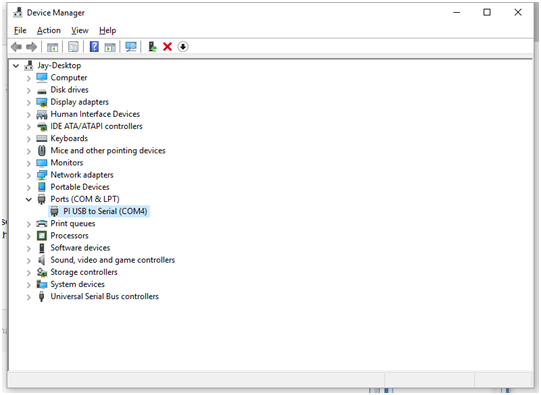 Once the Serial port has been located, Open the Putty Software and Select Serial among the Methods Raw/ Telnet/ Rlogin/ SsH/ Serial available on the Putty Interface. Enter the interface name which you Identified in the “Serial line” field, leave the speed as default. 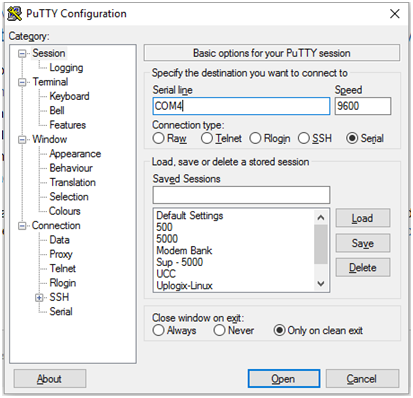 Click on the Open Button and you have got a Console Connection to your Router/ Switch.