Radio Network management works for some of the resource management and mobility management functions. And at this point, the encryption process takes place only before the user data is sent to or from the mobile. The Radio Network controller is connected to the circuit-switched data network through the media gateway and the SGSN in the packet-switched network.

The Below diagram represents the Radio Network Controller 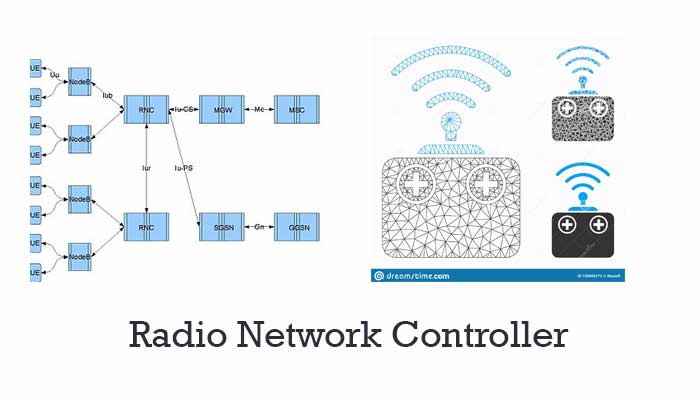 It also consists of Interfaces. These Interfaces makes the logical connection in the network. The Interface between the RNC and Circuit Switched core network is called lu-CS.

And the interface between the RNC and the packet-switched core network is called the lu-PS. The Radio Network controller also includes other interfaces like lub and lur. The lu interface carries the user information and controller information.

The lur interfaces are mainly used for the soft handover involving the 2 RNCs.The absence of these causes this lur to become the hard handovers.

In the 3gpp R4, all the interfaces in the UTRAN are implemented using only the ATM. The Uu interface only uses WCDMA Technology. The R5 and Ip bearers can be used over the Ethernet connection.

The Implementation of the Radio Network controller depends on the network topologies. The topologies consist of a star, mesh, bus, and many different loop configurations. The protocols like lub, lu,lur carries the data and signaling. These signaling protocols are responsible for the control over the node B with the RNC called NBAP.