In Router Memory, there are different types of memories in it. It stores the information in the various memory components of router memory. 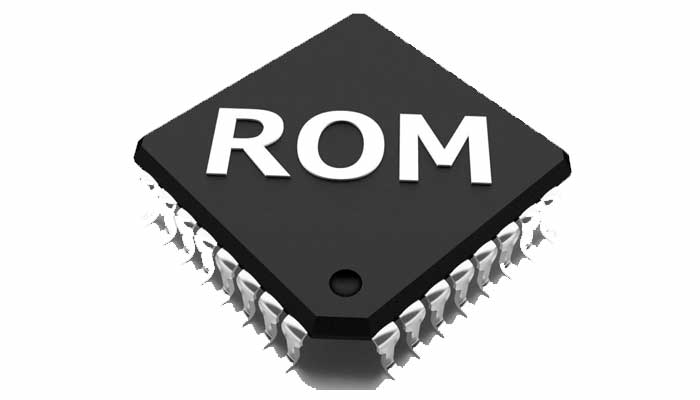 This ROM is the permanent storage memory and does not lose the content when the system is turned off. Mostly the ROM is used to maintain the Router. It stores all bootstrap programs to test the programs. It contains the bootstrap program called the ROM monitor. The Routers powered on the bootstrap runs the hardware power diagnostic test programs or the POST. If the POST runs successfully, these bootstrap attempts to load the Cisco IOS in the flash memory.

We cannot make any changes in the ROM, if we want to replace, or overwrite the existing content, The Entire ROM chip needs to be replaced if any upgrade or replacement is necessary.

Types Of the Cisco Routers

These Routers can have both internal and External components operations. Let us discuss the different Router components and their functions in the Router.

There are many more features in Random access memory(RAM). It stores the Operating systems, IOS is copied by the RAM during the bootstrap program execution. All the running configuration files, IP routing tables files, Packet Buffers, ARP caches are executed in the RAM itself.

The Next component we are discussing the NVRAM :

The NVRAM stands for the Nonvolatile random access memory.

The below-given figure represents the NVRAM inside the Router. The mentioned number 5 is NVRAM.

This NVRAM can store all the startup files, configuration files, backup files, and all. The startup files are bootstrap programs that we execute at the starting of the system. This NVRAM is used to store the permanent storages in the Cisco IOS Operating systems.

When the NVRAM is empty, it reloads the data and prompts the data into the setup mode.

The NVRAM is very cost expensive to build the nonvolatile ram. There are many more NDM projects. Resistive RAM, RAM nano, RAM spin that drives the world in the future. The NV RAMs make all the commercial and the financial sense.

This Flash memory is a permanent storage memory. It is also similar to the NVRAM and the RAM as nonvolatile in nature. These flash memories can also store all the other system-related files in it.

The Flash memory is the type of EEPROM that can electrically be stored and erased to make the CISO IOS upgradable. The most model of cisco routers, the ios is stored permanently and stores in the flash memory. and these IOS is copied into the ram during the bootstrap process. The bootstrap process is then executed by the CPU(Central Processing Unit).

The Power supply is a component that supplies power to the router and its component. These power supplies can either be AC or DC. There are 19400 power supplies are visible in the diagram shown below. Most of the Routers consists of multiple power supplies for the Redundancy in the data.

The next topic in the types of routers are the External components :

let us discuss the different types of ports :

These two ports are used to troubleshoot and configure the router.

The console can access only one port at a time. It connects directly to the switch or a router.

An RJ45 port is used for the remote and administration access, similar to the console ports. The Auxiliary ports are considered as the old ports.

The auxiliary ports are used in the dial-up modems.

Another topic in the components is called the LAN interfaces. It includes the 2*10/100/1000. The interfaces with GE 0/0 and 0/1. These interfaces are generally used to provide LAN access by connected switches to interconnect to the other devices.

These USB interfaces are included for the additional storage space. USB 0 and USB 1 are the additional storage space that similar to the flash memory. Then we have the H Weak slots that provide modularity and flexibility by enabling the router. To support the different types of interfaces, serial module, digital subscriber, switch port, and wireless ports. This supports the extended capability.

Working and Functions of the Cisco Router

Let us know the detailed function of the Cisco Router. Suppose if we want to transfer the messages from one Network to another Network. A connection must establish between the two user computer by using a cross over cable. The Cross over cable is nothing but the Ethernet cable. We can connect the two devices. These two devices have a proper network at the data link layer and a strong wire at the physical layer.

Now at the network address, we assign the IP addresses to each device. Let us take an example, the below diagram represents the basic data transfer between the devices. 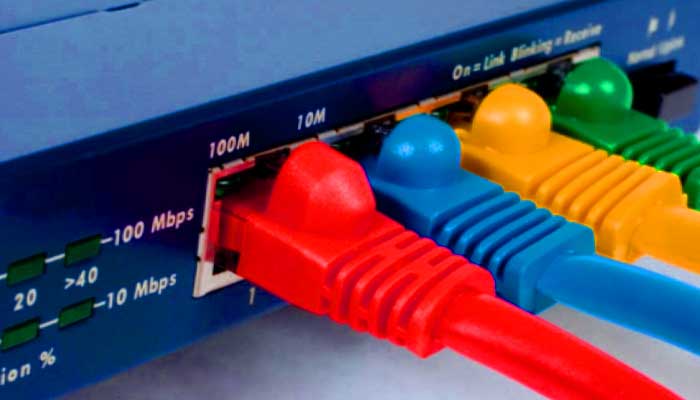 In contrast, if we change the IP address of one of the user computers, we cannot send the messages to that changed address router due to the change in the user’s network IP address.

To fix the above problem, and allowing users to communicate in different network addresses, The Router introduced.

Use of Network Interfaces

The functioning of the memories in the Cisco Router :

The Cisco routers consist of several different memories. Each memory performs different operations in the Cisco Router. POST, ROM, RAM, FLASH, NVRAM are the memories in the cisco router. The first most component in the cisco router is ROM. This ROM loads the bootstrap program into the memory and searches for the IOS operating systems. The Bootstrap program is the first program that executes in the computer system. It guides how the operating system IOS should be loaded and how the program, is to be executed.

Another component is the POST, this post self checks the data in the devices and test all the hardware devices.

Another best component is the FLASH component, this flash stores the IOS operating system in it. These IOS is loaded during the execution of the bootstrap program. NVRAM is another component of the RAM. It stores the configurations permanently and the startup configuration is executed.

The RAM stands for the random access memory. It stores all the temporary configurations in the memory. The data or information cannot be stored permanently, it deletes the data after the system is turned off.

All these belong to the internal components of the Cisco routers.

Now let us talk about the external components and their working in the cisco routers. LAN, WAN, and the admin ports of the router. All the internal ports are categorized into three types, LAN, WAN, and admin ports. The LAN connects the connects to a switch, which all the connections to the router. All these LANs connect to a remote location, which we call it has the Wide area network.

The Admin ports don’t share the data between the two networks but actually, transmits the commands from the two devices.

There are different types of memories in the router. The ROM is the Read-only memory. In these ROM we can store the Bootstrap program.

The ROM is a permeant storage memory. when the system is turned off or disconnected there will be no loss of data in it. The IOS is loaded into the operating during the execution of the bootstrap program. If any data or content wants to be replaced or overwrite we have to change the entire ROM chip.

The NVRAM can store all the startup files and stores the permanent operating systems. These flash memory can also store all the system-related files in it.

Each memory performs different operators in the Cisco router. To connect the network, with the different protocols. We can also call it the hardware device that connects the two different networks. The data can be transmitted in the form of packets from one device to the other.

A cross cable connection is maintained in the connection between the two networks. We call the wide-area network the serial ports. At the different data rates, the local area network transmits the information from the sender to the receiver.

There are different types of memory contained in the Cisco router that provide the storage and required dynamic caching. There are following Different Types of Cisco Router Memory: FLASH, NVRAM, DRAM, ROM that have a different task to perform in the router.

ROM stands for Read-Only Memory. It is types of memory in a Cisco router that is available in the router’s processor board. The bootstrap program or the software that runs on starting the Cisco router is usually stored in the Read-Only Memory (ROM). Rom also maintains its instructions for Power on Self Test diagnostics.

There are basically four basic functions that are performed here as follows:

POST– Power on Self Test. It is work just like normal computer work, on starting the computer they make sure all the components are working or not. Similarly, your router do the same things, it checks the CPU, the amount of DRAM and flash installed, and all the interfaces. If any modules that you may have installed will be also checked at this time

Bootstrap– The bootstrap program start the CPU and initialize the boot process of the router by locating and loading the IOS.

RxBoot– The RxBoot is also known as the Mini-IOS. This is used when your IOS is corrupted and your flash simm is blank and needs to have a version of IOS installed. The Rxboot loads and gives you limited functionality to configure and set up so you can load a new version of IOS on your flash simm.

ROM Monitor– This is a mode on the Cisco router that allows you to diagnostics or loading IOS images on the console session. If you have any problem with router configuration suppose you want to reset the password or something else then you can go into the diagnostics mode by just pressing the key CTRL + Break on the keyboard.

DRAM is the short form of Dynamic Random Access Memory. Dynamic Random Access Memory is similar to the RAM that you used in the Computer. It provides the temporary storage of information such as it holds the current configuration routing table which are going to be used or which are using by the Cisco router. The RAM also hold the current running until you do not save that into the NVRAM as the configuration stored in the NVRAM are not erased even on power down but in the case of RAM, all the configuration of the router are erased when the power of the router goes off.

It is divided into two parts. The first part of the DRAM is the main processor area. In this area, you store the running configuration of the router, a routing table, and any ARP tables are stored in this area.

The second part of DRAM Memory is the shared Input/Output Memory area where you store the data and the packets that are being routed by the router. If the router processor has more capability to handle the request, the data packets will fly right through. But when your router’s processor overwhelmed with data packets and thus need to buffer them in this area of memory. Finally, this memory can be upgraded to a larger size by either putting it in a larger DRAM stick or if the router has an additional DRAM slot then it can put into that slot.

This memory is also known as the EPROM (Erasable Programming Read Only Memory). In this memory, the information stored in the Flash of the Cisco router is not vanished or erased when you off the power of the Cisco router. This is the memory where store the Cisco Router’s IOS. You can upgrade your IOS by downloading the latest version of the IOS and if you want to erase this then you can also do this.

What is Public Key Infrastructure (PKI)

How to Connect to Cisco Router/Switch using Console with Putty

What is Broadcast Storm