Simply the physical layout or logical layout of a structure is called Topology. It is in the topology, where are the nodes are connected together. It is the arrangement of nodes or elements in the computer network is called a Network topology. We have different types of topologies like Bus, Ring, Mesh, start, and Tree topology. Let us discuss the Two Examples Of Hybrid Topologies. 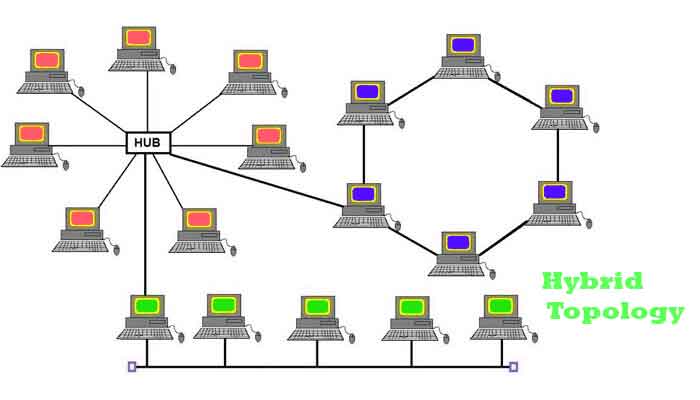 A full mesh can give an optimal path for better communication but it is so expensive. The Partial Mesh is the subset of a full Mesh, it is the strategically placed links where it is most needed. The Extended star topology is the best solution for the organizations less of a single point of failure.

It is more flexible than the star topology, the one point of a network cannot cause the entire network to fail at any possible time, but if it affected the center of the star hub, it affects most of the devices connected to the center hub.