what is not one of the ways in which networks are commonly
segmented?

It is mainly used for the organization of the networks. The Network segmentation is mostly used for the efficient use of the bandwidth. It can reduce the broadcast domains and removes the data traffic in a network.

The network is not segmented by a device manufacturer and mostly it enhances security by providing protection to an organization. We can have more control over the network traffic. The below figure 1.1 represents the Network segmentation, the network is separated for the various parts and connected to a router.

In order to communicate from one team to the other team, it should move through a router. A firewall is present at the back of the router, where we can perform many operations on the firewall. We can deny the unnecessary data that we do not need in the network.

There are many techniques that we use to segment a network. We have physical segmentation, it is the most simple method where we can separate the different devices into separate switches. Also, we have a Virtual Local area network, shortly known as the VLAN, all the devices are getting connected to the same switch or router, but works on the different VLANs. The below figure1.2 represents the network configuration, where two separate switches can separate different broadcast and domains. 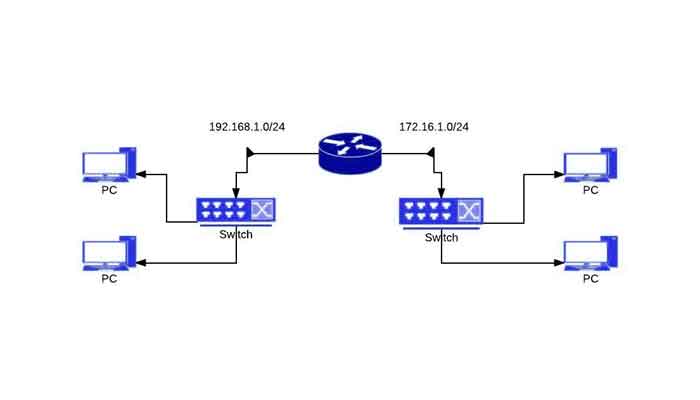 One device may not know the work done by the other switch, these may provide high security but difficult to measure when we have the many devices connected to the switch. So we use the Virtual local area networks (VLANs).

I hope you are satisfied with my answer given for the question ” What Is Not One Of The Ways In Which Networks Are Commonly Segmented ?”.

Previous article What Is An Indication That An Inadequate Power Supply Is The Source Of An Intermittent Problem?
Next article What Command Will List Only Current Connections